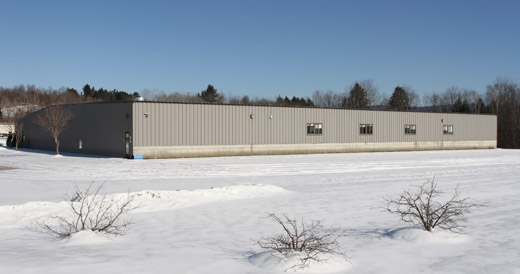 January 2015 marked the beginning of operations for Vermont Custom Gage (VCG) in St Johnsbury, VT. VCG is a division of Vermont Precision Tools (VPT) who employ a staff of over 300 at facilities in Swanton, VT and Franklin, KY. The company is a manufacturer of precision high speed steel blanks used in the medical device, automotive and aerospace markets.

Initially, VPT learned of the regions’ significant, skilled workforce specializing in the manufacturing of precision parts and began investigations. “We came out to their job fair, participated, met a lot of employees and quickly found out those were the type of skill sets we needed”, stated VPT President Monica Greene.

Monica then contacted Dave Snedeker of Northeastern Vermont Development Association (NVDA) and Jon Freeman of Northern Community Investment Corporation (NCIC) to consider properties and the region’s support system. As a follow up, Jon visited the VPT facility in Swanton to continue the discussion and become more familiar with the company’s culture and needs.

“It was clear that this would work well. It is a great company and their growth plan in St. Johnsbury is very exciting,” stated Jon Freeman.

VPT selected a 40,000 square foot facility in the St Johnsbury-Lyndon Industrial Park. NCIC was able to partner with the Vermont Economic Development Authority to provide the appropriate financing package.

“The relationship that we are building with NCIC is the same type of relationship that we built our business on,” stated Monica Greene, VPT President. “NCIC understands that to build successful businesses, it’s about people and relationships. They have supported us from day one. They made it happen in our time frame.”

The project became a reality in early 2015 with the first machines arriving at the new facility. Currently VCG has seven employees at the new St. Johnsbury location, with plans to expand annually.

Mrs. Greene went on to say, “I am hoping to be here in a couple years to say we have a success story in Vermont Custom Gage. NCIC will receive the first phone call when it’s time to expand.”