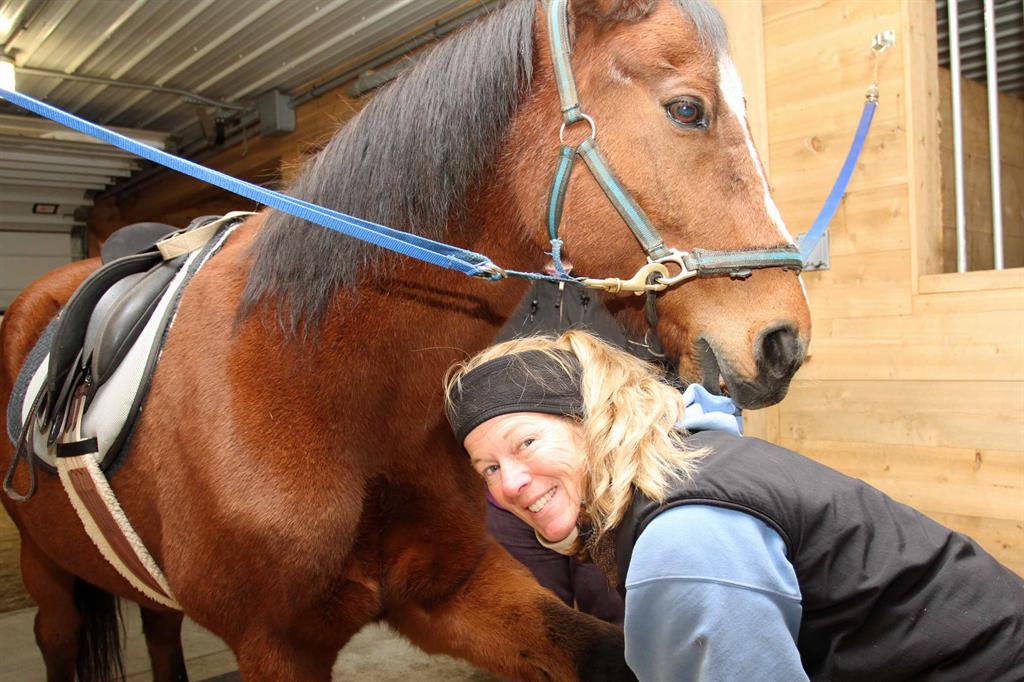 Morgan, VT – Reining Hope located in Northeastern Vermont has been providing equine therapy to participants since 2013. Situated on 38 acres in Morgan, VT, the facility is home to a recently constructed stable/office and arena that allows for year-round riding.

The mission of Reining Hope is to provide adaptive equine assisted activities and programs to individuals living with special needs in a safe, enjoyable and compassionate environment. Owner and founder Kristin Mason was originally from the region and has been working with animals for over 30 years and began equine assisted activities 20 years ago.

Kristin’s vision for Reining Hope began over 15 years ago. She had the opportunity to utilize a family-owned location but was aware the existing barn wouldn’t be sufficient to adequately support the operation. Plans were made for the construction of a 60’x90′ barn and 70’x144′ indoor riding arena. In order to secure financing for the project, Brandon Poginy from Community National Bank approached David Keenan of NCIC to create a solution. An agreement was reached and construction began in 2012.

“From conceptual stages right through to today, NCIC has provided support. This has helped enable the success of my business as well as, benefiting residents of our region with mental and physical disabilities.”
-Reining Hope Owner, Kristin Mason

Construction of the new barn, offices and riding arena were completed in January 2013 and Kristin’s dream became a reality. As Reining Hope began operations common business challenges were encountered. NCIC was able to assist Kristin to identify resources within the VT Department of Labor to satisfy staffing needs. Also as income was generated, accounting needs became more demanding. Kristin worked closely with NCIC’s Barb Cander on cash flow and other needs as the business grew.